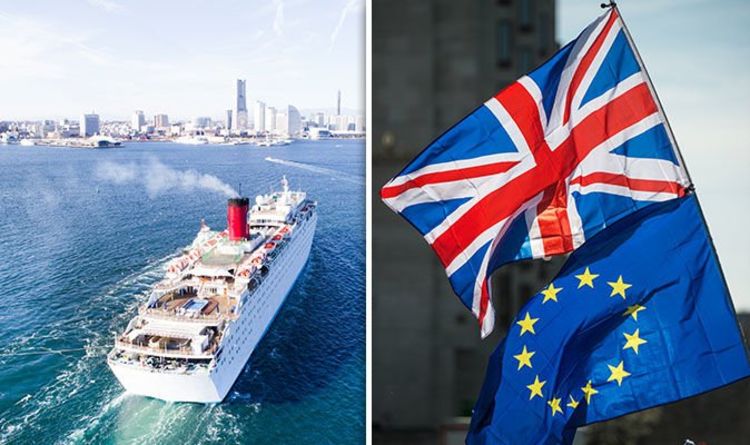 The current political deliberations, widely centred on potential outcomes of a Brexit deal, no deal, and a vote of no confidence in the UK leader, will not impact passengers travelling on cruise liners, it has been confirmed. The messy negotiations on Tuesday, saw the Conservative leader’s Brexit divorce proposal shunned in what was the worst ever House of Commons defeat suffered by a head of Government. Mrs May’s suggestions received the backing of 230 members, yet 432 – including some in her own party – turned against her to vote down the proposal. The scale of the defeat sparked Labour leader Jeremy Corbyn to table a motion of no confidence in Mrs May’s Government.

Throughout the Brexit chaos, UK residents have been worried about the impact severing ties with the European Union will have on travel.

There have been suggestions airline fees will rise, queues at security will lengthen and holidaymakers will be offered poorer protection while overseas.

Yet apparently bucking the trend, Cruise Lines International Association (CLIA) UK & Ireland has predicted a rise in the number of British cruise passengers in 2019, despite the uncertainty surrounding Brexit.

Meanwhile, both the British Government and Association of British Travel Agents (ABTA) have also provided reassurances about travel arrangements taking place after 29 March 2019.

They have stated that, from 29 March, if there is a no-deal Brexit, cruise operations will continue as they are.

Cruise passengers departing from a UK port be protected by EU regulation on maritime passengers’ rights as it will be brought into UK law.

Regardless of the outcome of Brexit, aeroplanes will continue to fly between the UK and EU.

“2019 is an exciting time for the cruise industry with 24 new ships being delivered for ocean and river cruise lines, and many existing ships being renovated and refurbished to a standard that rivals even the finest land-based hotels.

“Never before has there been so much choice for customers in terms of style of ship, itinerary and onboard experiences.”

He added: “The global fleet development, new destinations to explore, plus recent reassurances from authorities surrounding Brexit, put British travel agents in a great position to tempt their customers to choose cruise in 2019, whether it’s for the first time, or as repeat guests.”

In further positive news for the cruise sector, the number of cruises between January and September 2018 rose by 2.1 percent from 1.31million to 1.34million in 2018. Experts have insisted the sector is strong going into 2019.

Meanwhile, it remains to be seen what Brexit outcome will be reached by the UK Parliament as negotiations continue.

Leader of the Opposition, Jeremy Corbyn, has tabled a second vote of no confidence in Theresa May’s Government.