Brexit: MEPs to vote on withdrawal agreement ahead of UK departure | Politics 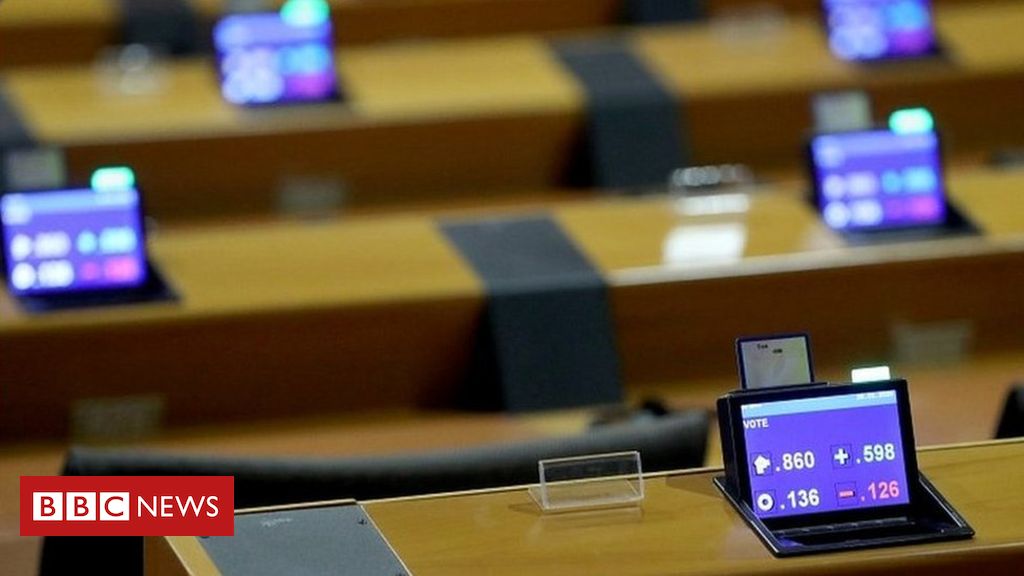 Brexit: MEPs to vote on withdrawal agreement ahead of UK departure | Politics

MEPs are about to stage the final political act of the UK’s exit from the EU by voting on the withdrawal agreement, paving the way for 47 years of membership to be terminated on Friday.

A debate on the terms of the draft treaty will be held on Wednesday afternoon before the European parliament in Brussels has its say on ratification.

The result of the vote is not in question. A clear majority is in favour of approving the agreement, which has already been passed by key European parliament committees. The UK is due to leave the EU at midnight central European time on 31 January.

The German MEP Terry Reintke has proposed that MEPs join in a rendition of Auld Lang Syne once they have voted. Events to mark the occasion will take place inside the parliament and on the square closest to the chamber.

A copy of the withdrawal agreement, signed by the UK foreign secretary, Dominic Raab, was deposited in Brussels on Wednesday morning.

The UK’s permanent representative in Brussels, Sir Tim Barrow, delivered the so-called “instruments of ratification” to Jeppe Tranholm-Mikkelsen, the Danish secretary general of the EU council, the body that acts as depositories for the treaty.

Barrow’s title will change to ambassador to the EU after the UK’s exit.

Once the EU has completed its ratification processes, the bloc will provide the UK government with a copy of its instruments of ratification.

Raab said: “Signing the instrument of ratification of the withdrawal agreement is an historic moment that will legally bring an end to our membership of the European Union, and delivers on the promise we made to the British people.

“It is the start of a new chapter for an independent, sovereign Britain, looking forward to a decade of renewal and opportunity. Whether we are reducing trade barriers between nations, tackling climate change, or improving lives around the world, our vision of a truly global Britain will be a force for good.”

The Guardian revealed on Tuesday that negotiations were due to start on the future EU-UK relationship on 3 March. Boris Johnson is expected to give a speech next week laying out his vision of the deal.