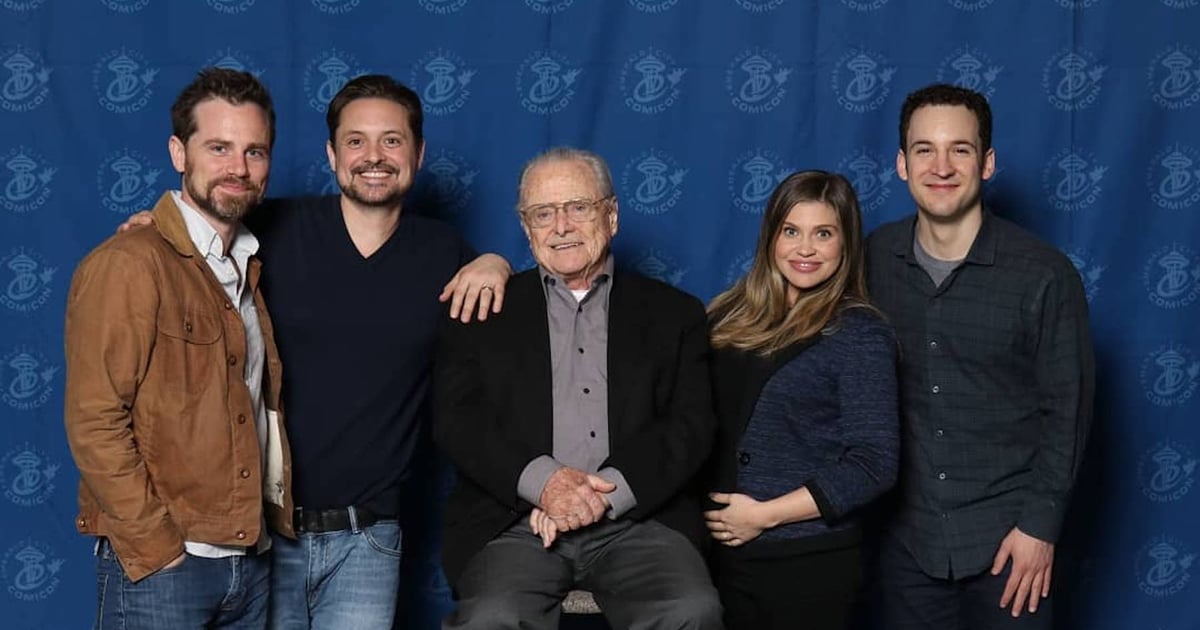 You need to smile today, and if you haven’t done that already, you can thank me later for tipping you off to this photo of the cast of Boy Meets World as they reunited at Emerald City Comic Con earlier this week. In a photo posted to Danielle Fishel’s Instagram on Thursday, our favorite John Adams High School alums — Fishel (Topanga Lawrence), Ben Savage (Cory Matthews), Rider Strong (Shawn Hunter), and Will Friedle (Eric Matthews) — can be seen happily posing next to their beloved former teacher and mentor, William Daniels (Mr. Feeny).

“Dream. Try. Do Cons,” Fishel captioned the photo. Not to be dramatic or anything, but I audibly gasped as soon as I saw this photo pop up on my explore page, and it’s the exact dose of positivity that I needed today.

The reunion comes 19 years after Boy Meets World officially ended its seven-year run in 2000, though it definitely isn’t the first time the gang has come back together since then. Back in August, Strong posted a throwback photo of the show’s main cast embracing each other in a group hug. The photo was stitched together with a more recent picture of them replicating the exact same pose. Fishel and Savage were also regulars on Disney’s Boy Meets World spinoff, Girl Meets World, on which Daniels, Friedle, and Strong have all made guest appearances. Here’s hoping for more cast reunions like this one in the future.