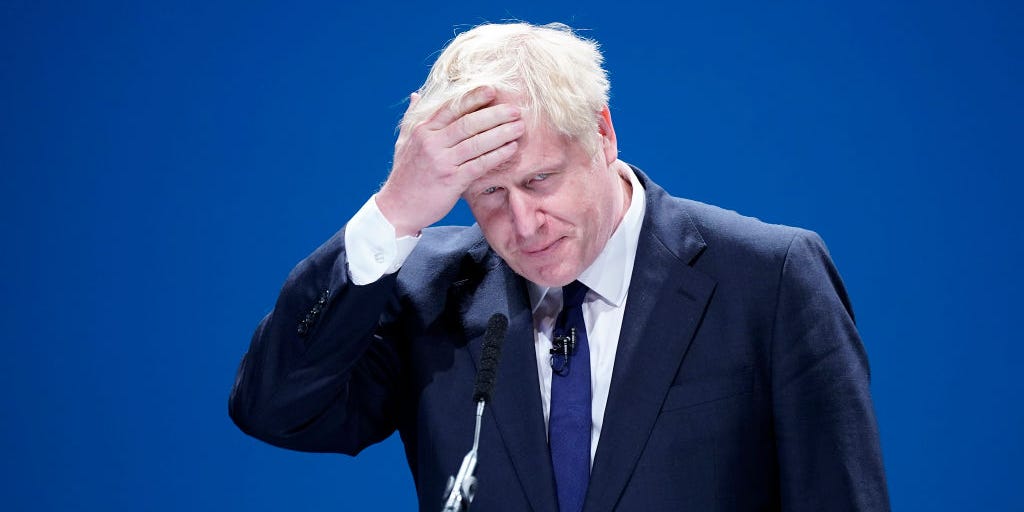 Boris Johnson’s Conservative Party has received a surge in cash from nine Russian donors, who have been named in a suppressed investigation into Russia’s attempts to undermine democracy in the UK.

The report by Parliament’s Intelligence and Security Committee identifies close links between major donors to the Conservative party and the Russian government, the Sunday Times reports.

The report was due for publication this week but was blocked by Johnson, due to reported fears that the information would damage his chances of winning the upcoming UK general election.

Among those donors named in the suppressed report are Alexander Temerko, who worked for the Russian defence ministry and has previously boasted that the prime minister is his “friend”.

Temerko donated more than £1.2m to the Conservatives over the past seven years.

Other Russian donors to the Conservative party include Lubov Chernukhin, who is married to Vladimir Chernukhin, a former ally of Putin.

Chernukhin previously paid £160,000 for a tennis match with Johnson and former prime minister David Cameron and has donated more than £450,000 in the past year.

The inquiry also heard concerns about the former Russian spy Alexander Lebedev, who owns the Evening Standard and Independent newspapers.

Lebedev’s son Evgeny is a close friend of the prime minister and has repeatedly hosted him for parties at his castle in Perugia Italy, while Johnson was mayor of London and Foreign Secretary

Concerns were raised about Johnson’s decision to attend the events, in which guests have reported that “nothing is off the menu from the moment you are greeted to the moment you leave.”

Fears have previously been raised that Johnson’s private life may make him a “security risk” due to the possibility he could be blackmailed.

“There’s the danger that people leak what they have over him or blackmail him with it,” a Cabinet minister in Theresa May’s government told the Sunday Times earlier this year.

“Billionaires fund the Conservative Party, so this sordid cover up shouldn’t be surprising.

The opposition Labour party accused Johnson of seeking to cover up the story.

“The Tories blocked this report and oppose tax transparency so their billionaire backers can continue to rip us off unchallenged,” Labour’s election co-ordinator Andrew Gwynne said.

“Labour is on the side of the many, not the few, so we’ll get dirty money out of politics, introduce an oligarch levy and take on the vested interests selling out our people and public services.”

Sources who have seen the report told the Times they believe the report has been suppressed because it highlights extensive connections between Conservative donors and Russia’s Federal Security Bureau.

“What makes it interesting is just how close some of these people are to the FSB are or have been,” one source told the paper.

An investigation by Open Democracy this week found that the Conservative Party received at least £498,850, or about $642,000, from Russian business executives and their associates between November 2018 and last month.

This was a significant increase from the previous year when such donations amounted to less than £350,000.

The increase came despite increased pressure on the party to cut its ties to Russian oligarchs since the poisoning of Sergei and Yulia Skripal in Salisbury last year.

The news also comes with Johnson’s chief strategist, Dominic Cummings, under the spotlight after the Sunday Times reported claims from a whistleblower about “serious concerns” about the time he spent in Russia in the 1990s.

Cummings has reportedly had his access to intelligence restricted by UK authorities, despite his senior position.

Labour MP Ben Bradshaw told the Sydney Morning Herald this week that this “unprecedented arrangement” was a concern for Britain’s security relations with other countries.

“If I we’re one of the UK’s Five Eyes allies I would be extremely concerned about this unprecedented arrangement,” Bradshaw said.

“Boris Johnson’s chief of staff, whose account of his time in Russia is apparently full of gaps and inaccuracies, is granted inexplicably the highest level of security clearance yet is not given full access to secret intelligence.”