Bogie’s journey from the military to politics 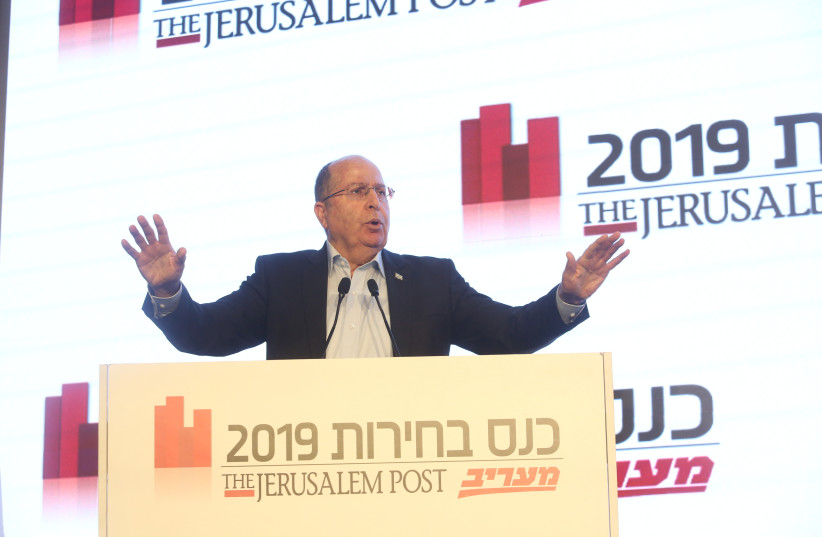 Bogie’s journey from the military to politics

Moshe Ya’alon has had a long and distinguished career in the service of Israel, and it is far from over.Too young to join the army when the Six Day War broke out, he enlisted at the age of 18 and over the next 37 years rose through the ranks to become Rav Aluf, Chief of the General Staff. His military career ended in 2005 and when his official “cooling off period” ended in November 2008, a general election was only four months away. Ya’alon ran in the Likud primaries and was elected to the seventh spot. His second career, this time in politics, was about to begin.He has already served as vice prime minister, as well as minister for strategic affairs and minister of defense. In 2016, disillusioned with Likud policy and convinced that in any case he had lost the confidence of the prime minister, Ya’alon resigned and declared his intention of running for the national leadership as head of a new party he called Telem. For the general election of April 2019, Telem joined forces with the parties run by Benny Gantz and Yair Lapid to form a new coalition, which they dubbed the Blue and White Party. Astonishingly it ran neck and neck with Likud, both winning 35 seats.Details of the subsequent political stalemate are well known. Blue and White contested the next ineffective election and will be competing in the third in March 2020.In The Longer, Shorter Path, Ya’alon not only recounts his personal progression through Israel’s recent history, but more importantly distills the lessons he learned from decades of decision-making on Israel’s behalf at the highest levels. The title encapsulates a profound belief by Ya’alon, referred to more than once in his book, that what may seem like the longest path to achieving one’s objectives can actually be the shortest.He quotes from an article written in 1936 by Moshe Beilinson, editor of Davar. Answering the question: “How long will we have to fight?” Beilinson responds: “Till the fiercest and most zealous of our enemies … know with certainty that there is no means with which to crush the power of the Jewish people in its land.” In short, indecision, appeasement, lack of self-belief, willful blindness, reluctance to face facts and fostering false hope can only prolong a struggle. Exercising the opposite characteristics, for however long it takes, is in the end the shorter path.Ya’alon sets out with clarity and in detail how he perceives Israel over the years to have failed – sometimes with the best of intentions, sometimes inadvertently – to understand the nature of its dispute with the Palestinians, and how the nation has accordingly failed to adopt a winning strategy.He begins by debunking an illusion that has dominated the public consciousness – that the Six Day War was seminal in creating instability in the Middle East. On the contrary, he maintains, Iranian hatred for Israel, and that of its proxy Hezbollah, is based on Islamist beliefs unrelated to the Judea and Samaria issue. As for Hamas, that organization, too, is little concerned with borders but is dedicated to substituting a Palestinian state for Israel. As for Yasser Arafat, Ya’alon demonstrates with chapter and verse that he never accepted the right of Israel to exist as the nation-state of the Jewish people – a fact that a succession of Israeli politicians refused to recognize or acknowledge.Ya’alon’s book is essentially a plea for clarity of thinking. He demonstrates how past reverses for Israel can be ascribed to wishful thinking on the part of politicians, or their inability to analyze a situation correctly. He postulates that since 1967, no Palestinian leadership, despite all the posturing to the contrary, has been willing to limit itself to a state within the 1967 borders, or any other partition. Given this, Ya’alon rejects the idea of achieving a two-state solution within the foreseeable future and urges instead new realistic and pragmatic thinking.He wants to create a modus vivendi between Palestinian and Israeli society, respecting the dignity and well-being of both. He defines modus vivendi as each side cooperating to ensure their way of life – despite the conflict, and without solving it at this stage. “How long?” he asks. “Until they become convinced of our right to live here as the nation-state of the Jewish people.”Since Ya’alon sees no prospect of an imminent reconciliation between Hamas and the Fatah-controlled Palestinian Authority, he is prepared for Israel to live side by side with two independent Palestinian entities. Over and above this, he would like the Arab states that created the Palestinian problem to become partners with Israel in a regional agreement to stabilize the situation.“It is much easier,” writes Ya’alon, “to promise to liquidate Hamas or bring peace than to talk about managing the conflict wisely until conditions are ready to discuss peace. But I mean what I say, and I don’t try to fool the public or build a golden calf. In this reality, I believe in taking the long way.”In The Longer, Shorter Path Moshe Ya’alon paints a completely honest picture of how he perceives the perennial problems facing Israel, the lessons he has drawn from his long experience of coping with them, and the principles he would employ if called upon to tackle them in the future. It provides a valuable insight into the thinking of one of Israel’s leading political figures. ■The Longer, Shorter PathMoshe (Bogie) Ya’alonGefen Publishing House 2020536 pages; $29.95