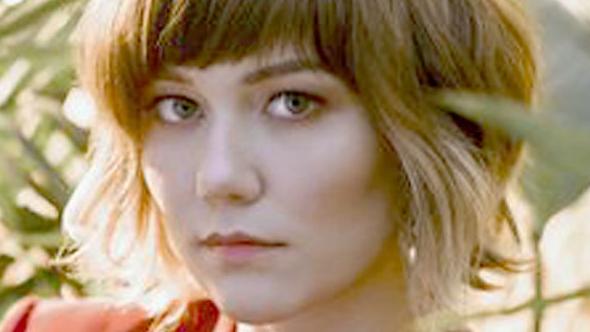 Songwriting or guitar playing? Bluegrass, folk or country? Molly Tuttle figures she doesn’t have to choose.

The virtuoso guitar picker, singer and songwriter doesn’t consider herself strictly a bluegrass artist, because she embraces many genres. And although she has twice been named the International Bluegrass Music Association’s guitar player of the year, she considers songwriting just as important.

“To do what I do requires both, so I can’t separate them,” Tuttle said.

Saturday night the 25-year-old will bring her incredible flatpicking guitar technique, confessional songwriting and heartfelt vocals to the Al. Ringling Theatre. She’ll perform songs from her new album, “When You’re Ready,” due out April 5.

Tuttle got started in music early, as the daughter of noted San Francisco Bay Area bluegrass teacher Jack Tuttle. She performed with her father and brothers, playing festivals at age 8. By 11 she was writing songs.

“I was always surrounded by great musicians, and there were a lot of really great singers, songwriters and bandleaders … that were inspiring to me,” she said.

In time she became curious about other genres and styles of songwriting. Her tastes expanded to include Joni Mitchell, Bob Dylan and The Smiths. Now based in Nashville, Tuttle’s second album stretches the boundaries of folk music, bluegrass, Americana and traditional country. It opens with “Million Miles,” a tune her songwriting collaborator Steve Poltz started working on with pop singer Jewel in the 1990s but never finished.

Over the past year Tuttle has accumulated accolades, winning Folk Alliance International’s honor for Song of the Year for “You Didn’t Call My Name” and taking home her second trophy for the International Bluegrass Music Association’s guitar player of the year. In 2017 she was the first woman to win that honor.

“Finding out that I was the first woman to even be nominated also brought up a lot of questions for me that I think we all need to be asking such as, ‘Why have there not been more women out in the forefront of bluegrass and other genres playing lead guitar?’” Tuttle said. “What can we do to help more girls feel included and supported in our music communities and learning environments, so that the gender imbalance is a thing of the past?”

She wants other young musicians to know they can play an instrument, in any genre, that suits their tastes and talents. Tuttle should know: Pose to her an either/or question, and she’ll answer “Both.”

“I love songwriting and have found a lot of inspiration in that lately, especially in making my upcoming album,” she said, “but I love playing guitar, too.”