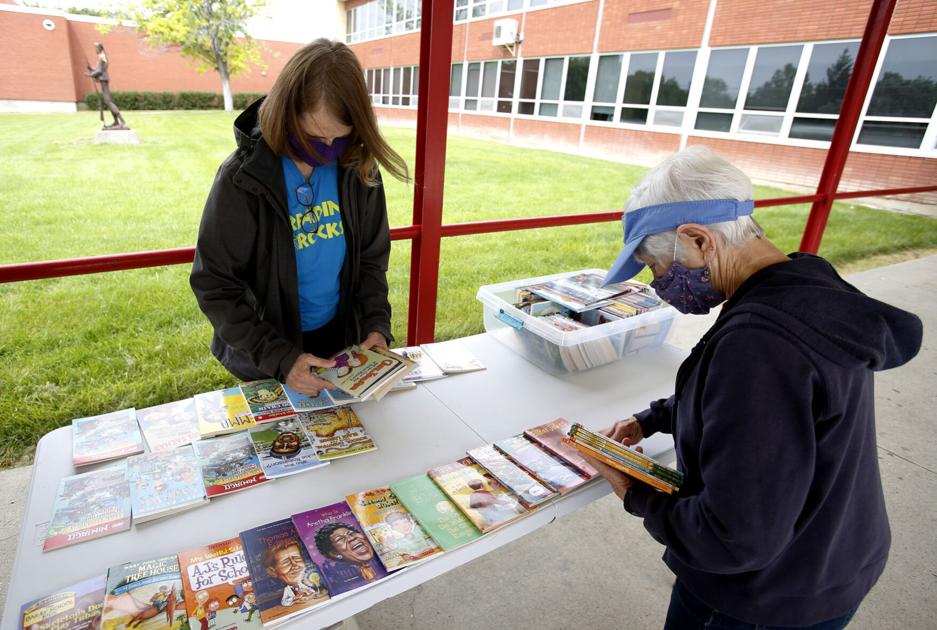 Local physicians have been fielding questions about kids and mask-wearing to prevent the spread of COVID-19 with the school year approaching.

Billings Public Schools will require students and staff to wear masks in most indoor situations, and Gov. Steve Bullock announced Friday that any school in a county with at least four positive cases will be under a similar order.

“I think initially there was a lot of questions and concerns, that no way my kid’s going to wear that mask,” said Katy Lysinger, a Billings Clinic pediatrician. But over time, “kids are definitely doing a much better job of wearing a mask than parents thought they would.”

Mask wearing is a linchpin of the Billings school reopening plan, which calls for social distancing when possible but also attempts to maintain a degree of normalcy in the school day.

Both Upham and Yellowstone County Health Officer John Felton previously cast doubt on the feasibility of social distancing in schools when the possibility of a spring reopening arose.

“I don’t believe that we can social distance in a school,” Upham said.

The district reopening plan attempts to create some space by opening up online-only learning to any student willing to commit for the year, but about 15% of students signed up — about half of district expectations based on a survey.

“Even if it’s been drilled in their head, they’re kids,” Lysinger said. “They’re going to forget and go over to their friend. If they’re wearing a mask, at least there’s some protection.”

Billings Clinic family medicine physician Jessica Cozzens said that some patients have been frustrated with what they perceive as changing recommendations.

“This is a virus that, 10 months ago, did not exist,” she said, and it’s reasonable to expect shifts.

Notably, experts did not suggest widespread public mask wearing as the scope of the pandemic became evident in March. That was driven in part by efforts to preserve supplies of masks for health care and front line workers.

It also reflected concerns that people would touch their face more fidgeting with masks, potentially increasing surface transmission of the novel coronavirus.

As research emerged on the new disease, it became clear that the disease spread primarily by person-to-person transmission from respiratory droplets. A cloth mask blocks those droplets at the source. It also became clear that many infected with COVID-19 had mild or no symptoms.

Upham has repeatedly leaned into the effective potential of masking.

“I told our administrators that we have to be firm with this,” he said. “This is one of those areas that we can’t negotiate.”

The district has fielded questions about health exceptions to the mask policy. However, legitimate medical waivers are “very few and far between,” Upham said.

Concern about effects of masks on common conditions like asthma is “the one that we keep hearing over and over,” Lysinger said.

Research has found that concerns about low blood oxygen, carbon dioxide, and re-breathing your own virus particles are also unfounded, she said.

The greater concern is the possibility of complications of contracting COVID-19. While complications in children are rare, the likelihood increases with respiratory conditions, and children can spread the disease farther.

“The message that we have been trying to tell everybody is that kids of who have asthma may be at increased risk for complications from COVID,” Lysinger said.

Upham said that summer school programs provided small scale trial runs of mask wearing, and that while there were challenges, kids adapted well. Social distancing was more difficult, especially for young students, than mask wearing was.

He and the doctors also emphasized that parents need to help kids be prepared with masks.

“The parents need to be on board and talking with the kids about why this is important,” Lysinger said.

However, it’s also important to remember that educators know how to run a classroom, and kids are used to working in one.

“In some ways, the parents and maybe the teachers are selling themselves short about how much this is going to be an issue,” Lysinger said. “They are very good about being able to educate kids.”