Beto O’Rourke calls for health care for all, wealth equality at SF stop 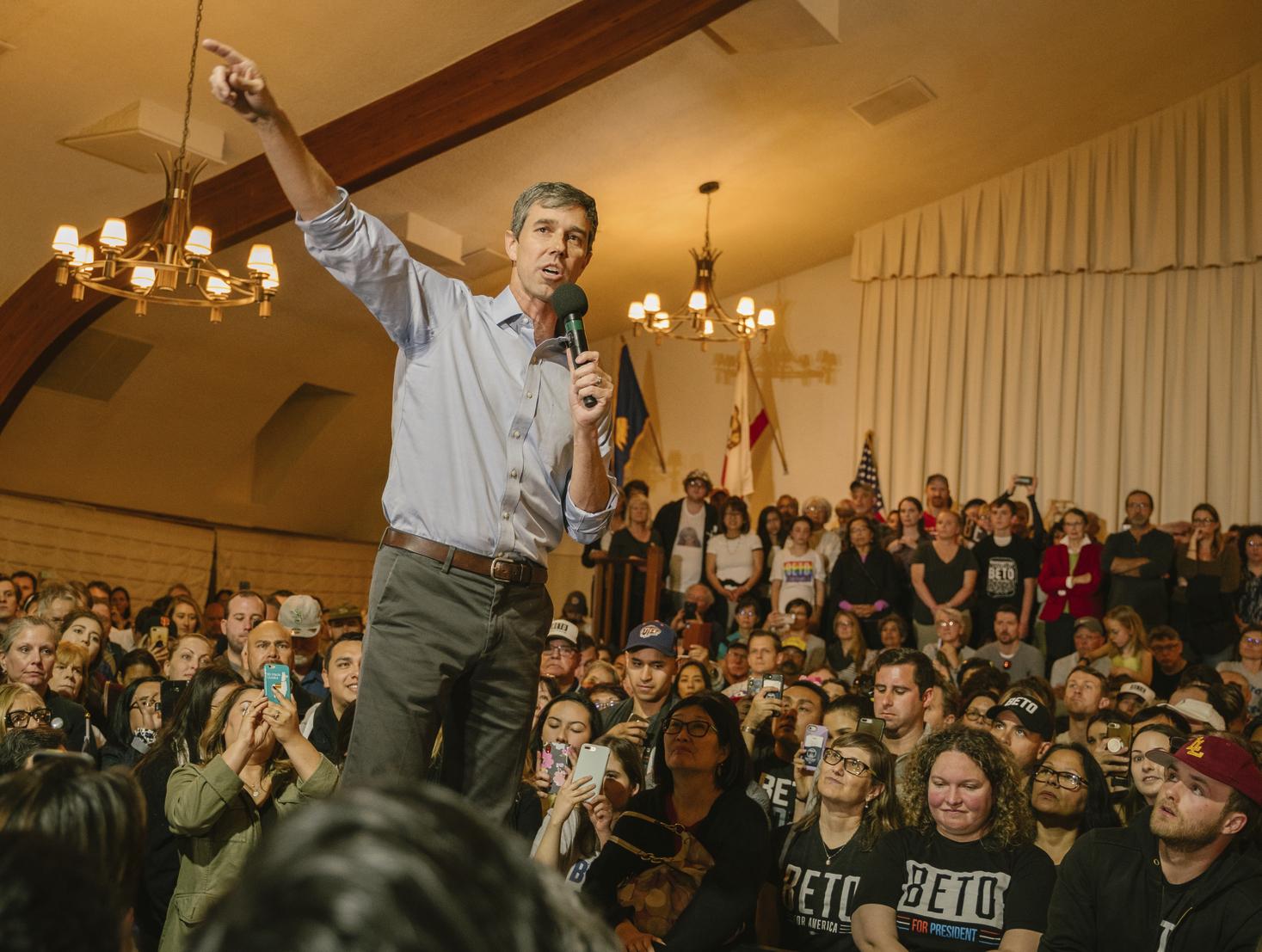 Beto O’Rourke calls for health care for all, wealth equality at SF stop

When Beto O’Rourke arrived on a small square stage raised in the middle of San Francisco’s Irish Cultural Center on Sunday, he apologized for being a bit late.

Halfway through his four-day tour of the Golden State, Texas presidential hopeful O’Rourke stopped in San Francisco to make his 2020 pitch: He will be the candidate who makes the United States great, for everybody.

“I don’t care to whom you pray or who you love; how many generations you’ve been in this country, or whether you just got here this morning,” O’Rourke said in a half-hour speech that touched on income inequality, family separation at the border and climate change. “All that matters to me is that we are Americans first. We have challenges before us and we will overcome them.”

At the cultural center in the Parkside neighborhood, near San Francisco Zoo, it was standing room only for O’Rourke, 46, the former congressman who vaulted to national stardom during last year’s midterm race, when he nearly unseated Republican Sen. Ted Cruz.

In his speech, O’Rourke pledged to support government-insured universal health care coverage — commonly referred to as Medicare for all — as well as a return to the Paris climate agreement. The Democrat also condemned President Trump’s stance on immigration, without naming him. 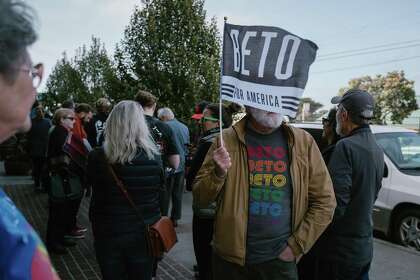 “We have a country,” said O’Rourke, who slipped into Spanish throughout his speech, “that threatens to send more than one million ‘dreamers’ back to a country they do not know, whose language they do not speak, where they do not have family.

“And when they’re there and successful against those long odds, they’ll be successful for that place — not here, in San Francisco, not in California, not the United States of America. You have to ask yourself how we got to this point.”

The candidate also vowed, if elected, to make it easier for young people to register to vote; close the pay gap for women and minority workers; and bolster paid family leave in the U.S.

Early in his remarks, O’Rourke thanked the crowd for being “there for us in that Senate race in Texas.” His campaign raised $5.5 million through 24,804 contributions from California. (Some people gave multiple times.) That’s more than the $4.2 million that Sen. Dianne Feinstein raised from 7,025 California donations.

Though he failed to win a Senate seat, the Democrat from El Paso found a base of supporters in California urging him to run for president. Before he announced his candidacy about six weeks ago, “Draft Beto” volunteer organizers held 14 parties across the state to add members to their ranks.

But O’Rourke faces stiff competition in California, or “Kamalaland,” as one supporter put it while waiting in line for the town hall to start Sunday. Presidential hopeful Sen. Kamala Harris hails from Oakland.

Gabriela Hofmeyer, a longtime San Francisco resident who said she went to the same elementary school as O’Rourke in El Paso, a year above him, said she is optimistic that locals will take a researched approach in choosing a candidate. She arrived early, with two children in tow, to get in line Sunday.

Carrie Whiting, a physician assistant, passed with a box of doughnuts and offered a chocolate-frosted eclair to the youngest Hofmeyer. She picked up the pastries in Vallejo, a pit stop on the way from her home in Redding. She made the drive as a “really big fan,” who knocked on doors for O’Rourke in Dallas during last year’s midterm race.

She is starting to worry about his level of recognition in a crowded presidential field.

“I thought there would be crowds,” Whiting said, surveying a modest line, in which she stood second.

“I hope a lot of people who aren’t sure about him will come and hear what he has to say,” said Kat Haas, a nonprofit worker who had buttons emblazoned with O’Rourke’s face on her messenger bag.

The San Leandro resident said she signed up to man the line and collect voter information cards, in order to ensure her admission to the event. She started following the former congressman during his Senate run and liked his unscripted way of talking.

“That’s what we need,” Haas said, “someone who inspires people.”