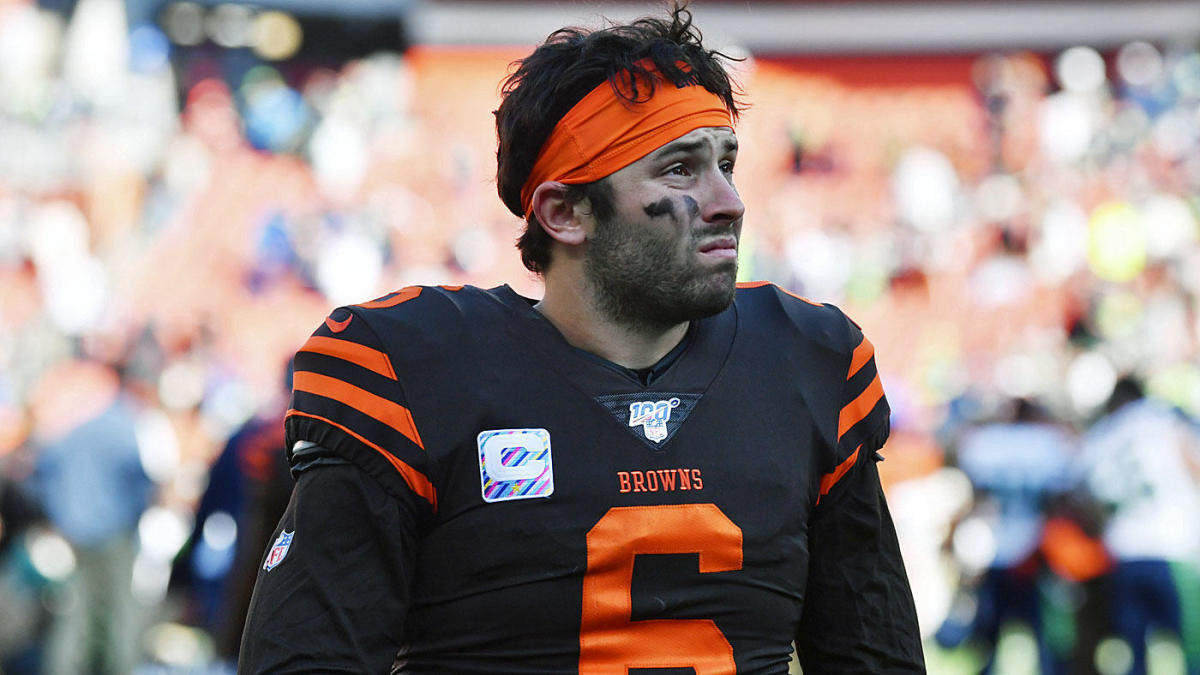 After the Browns‘ 32-28 loss to the Seahawks on Sunday, Baker Mayfield predicted that he was going to be hit with a fine for ripping the officials during his postgame press conference, and that’s exactly what happened this week.

According to NFL.com, Mayfield has been fine a total of $12,500 for the public comments that he made about the officiating crew. Following the game, Mayfield definitely didn’t try to hide the fact that he was upset with how the game was officiating.

“The refs are never an excuse and I’ll probably get fined for saying this, but it was pretty bad today,” Mayfield said.

Although there were a few calls that Mayfield wasn’t happy with, the most notable one came in the third quarter when Jarvis Landry was called for a blindside block after a four-yard catch by Nick Chubb on a second-and-13 play.

“The guy is squaring up with him, running at him and he is lowering his head into Jarvis,” Mayfield said. “What’s he supposed to do? Avoid him? This isn’t bullfighting. I don’t know. It ticks me off.”

There was also another play in the fourth quarter where Browns safety Morgan Burnett was flagged for a horse-collar penalty that didn’t appear to be a horse-collar penalty. The 15-yard foul moved the Seahawks from their own 38-yard line to the Browns’ 47 with just under eight minutes to play and with Cleveland clinging to a 28-25 lead.

On the play, Burnett appears to grab Wilson by his name plate, which is legal.

The refs were definitely flag happy during the Seahawks-Browns game. Including those two penalties, the Browns were flagged nine times for 83 yards in the game. The Seahawks were actually hit with more penalties, as they were flagged 10 times for 65 yards.