Back in the business – Times-Standard 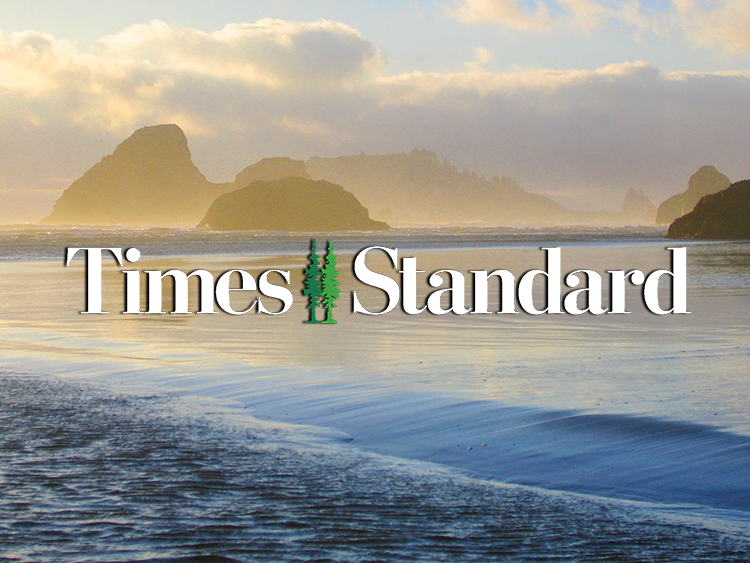 Back in the business – Times-Standard

“I just want people to like me,” I whined as I dashed out the door for my first day of work. I had worried all weekend about my first job in five months.

At the last minute, I couldn’t find my passport, the document most companies need to prove that one is alive. For a while this summer, that was an open question. Congestive heart failure will do that to you.

Now, with a clean bill of health, I was back on the workforce, hired by KAEF Television for its news department. I should have known it would be easy, News Director Nazy Javid literally welcoming me with open arms. I had already done the hard part, passing the drug test.

Television news is a quirky business. They prefer videos of things. That pretty much blows a hole in the advice Times-Standard City Editor Ruth Schneider gave me: “Writing is easy. All you do is sit down at a typewriter and open a vein.” That’s why I have kept my old Underwood.

Broadcasting needs stories now, if not sooner. So that first night, I was stalking familiar territory, the new traffic light at Broadway Avenue and West Hawthorne Street.

A cold wind cut through my winter jacket and as workers turned on the new lights, the neighborhood dog was going crazy. I was already there, excited beyond belief with anticipation. This was my kind of story — not politics or investigative reporting, just a light that turns from red to green. A violation of that light can cost you also $500, a penalty not to be taken “lightly.”

Back at the station, I was live on set with my special report. And frankly, it made my day. I could still do what I have done for almost half a century, telling those simple stories that remind us that at least part of our world is still sane.

It would take quite a miracle to feel better than I did that night, cold but encouraged — back doing what I love to do. In my view, that miracle happened the next day.

Men waiting at the Eureka Rescue Mission for a hot meal were rolling their own cigarettes. They told me they were only following the scripture in the effort to give free smokes to needy people. According to Matthew 21:12, Jesus entered the temple and expelled the money changers.

In Dan Lorenzo’s view, that story was proof positive that making cigarettes at a time when commercial tobacco costs $10 a pack made perfect moral sense.  That savings would allow men to use their social security checks for more important things. Such logic is hard to dispute.

Once again, I was live in the studio with my heavenly story and once again reassured that I am doing what I am supposed to be doing.

Life won’t get in the way. Home for lunch, I found my daughter, Leticia, pining for a Christmas tree. I had begun to wonder who would care if we didn’t have one. Leticia had just answered the question.

So off to the hardware store we flew, picking out the perfect tree for our living room. Later that night, I came home to find the tree sparkling with brilliant light and Leticia safely tucked in.

It has been years since I have felt that sense of consummate joy, as close to heaven as I have ever felt.

No one said life would be easy. I remember thinking that as I lay on my back this summer near the front steps of my house. I had lost my balance and fallen to the sidewalk, cracking my head on the pavement.

Leticia had helped me to stand up long enough to climb into an ambulance and head to the hospital, my home away from home. I had found out I had broken no bones or damaged my brain, both parts of a model that has been discontinued for some time.

So whether people like me is still an open question.  But I am back in the business of believing that I am performing up to NBUC standards, Not Bad Under the Circumstances.

Dave Silverbrand’s columns and other writings are available on his website, www.davespeople.com.