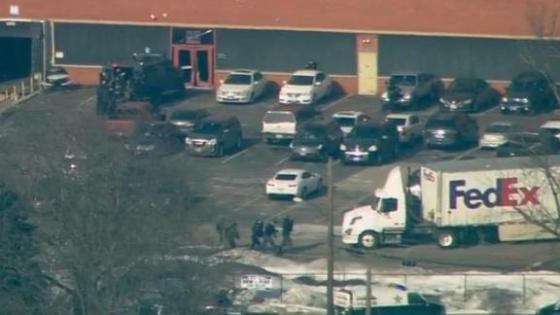 The city sent a tweet Friday afternoon saying there was an active shooter in an industrial park and that police were on the scene.

They say the shooter is in custody and the area still is on lockdown.

Police have not said if anyone has been shot.

An employee at the company says the gunman is a co-worker.

John Probst told ABC7 that he ran out of the back door of the Henry Pratt Co. building in Aurora as the shooting unfolded Friday afternoon.

Probst says he recognized the gunman and that he works at the company. He said the gunman has “a pistol with a laser.”

Probst says he wasn’t hurt but that another colleague was “bleeding pretty bad.”