Athletes risking their health by ‘under-fuelling’ 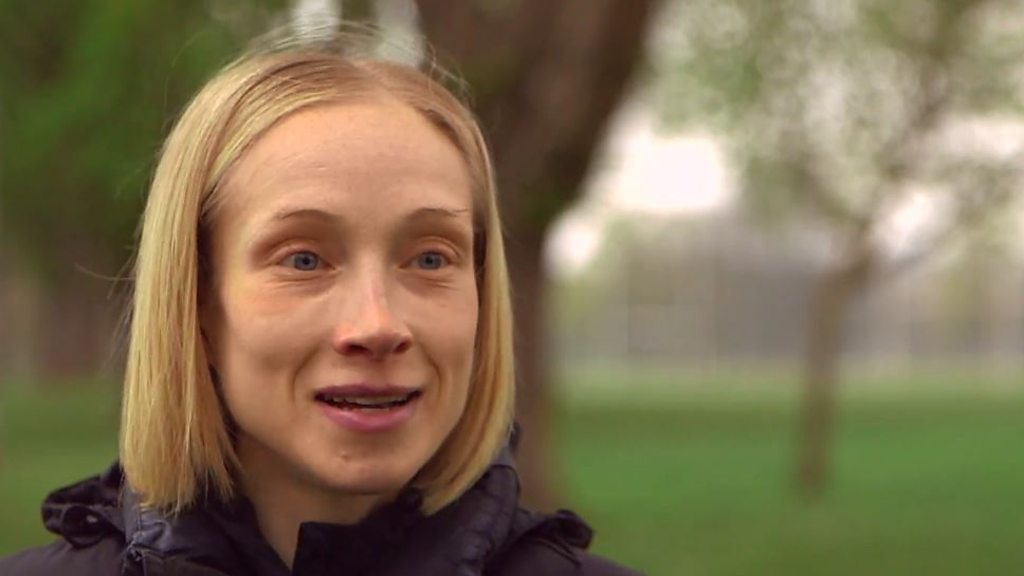 Athletes risking their health by ‘under-fuelling’

Endurance athletes could risk their long-term health by under-fuelling and over-training, an expert has warned.

Distance runner Gina Paletta has not had a period in more than eight years and was diagnosed with Relative Energy Deficiency in Sport (Red-S) and osteoporosis in her late 20s.

“I was in shock, I’ll never forget that moment, it was horrible,” she said.

Her dietician said Red-S can “affect anybody who is very physically active and takes their sport seriously”.

Gina, 28, from Wrexham, said: “Running has been an amazing part of my life… I miss it so much”.

She began running as an eight-year-old, competing for Wales for the first time when she was 12, and has also represented Great Britain.

But she has spent most of the last year on crutches, and has been in pain for the last three, after a stress fracture.

A scan of her ankle in 2018 revealed the damage under-fuelling for her training regime had been doing to her bones.

“My ankle bone had died and I just had no ankle… the scan was black,” she said.

She had been eating three meals a day but admits it was not enough.

“I used to have one snack a day, now I have three and one of those is cake,” she added.

Red-S can affect both male and female athletes and became a recognised condition in 2014.

There have been few studies into the prevalence of the condition, but it is understood to be most common in sports such as athletics, cycling and dancing, where being light could make a significant difference to performance.

One of the warning signs of Red-S for female athletes can be missed periods.

“I went to my GP and I was told it was normal because I was a distance runner” Gina said.

She was told not to worry until she was ready to have children and has now started a mild form of hormone replacement therapy (HRT).

The communications officer wants to raise awareness amongst younger athletes of the dangers of under-fuelling and over-training.

“People need to know no food is bad and you need everything to be a healthy athlete, and just a healthy person,” she added.

Renee McGregor, who has been a dietician for more than 20 years and specialising in sport for the past nine years, has been working with Gina throughout her recovery.

“Unfortunately there is this old school mind-set that if you’re an athlete it’s ok to not have a period. It’s never ok not to have period as a female unless of course you’re pregnant or breastfeeding.”

She warned that healthy eating messages telling people to “move more and eat less”, as well as the pressure of social media, can have a damaging effect on amateur and elite sportsmen and women.

The eating disorder specialist, who has worked with Olympic and Paralympic teams, said people need to know if they’ve severely restricted their nutritional intake and severely over-trained, it will take time but in most cases there’s a positive outcome.

“Everything is reversible but you do have to be quite patient and persistent and accept that you will feel quite different,” the author added.

Gina is now pain-free, hoping to finish HRT soon and planning to begin training again in the near future.

“It’ll be horribly amazing… I’m really, really looking forward to being able to run again but being healthy,” she said.