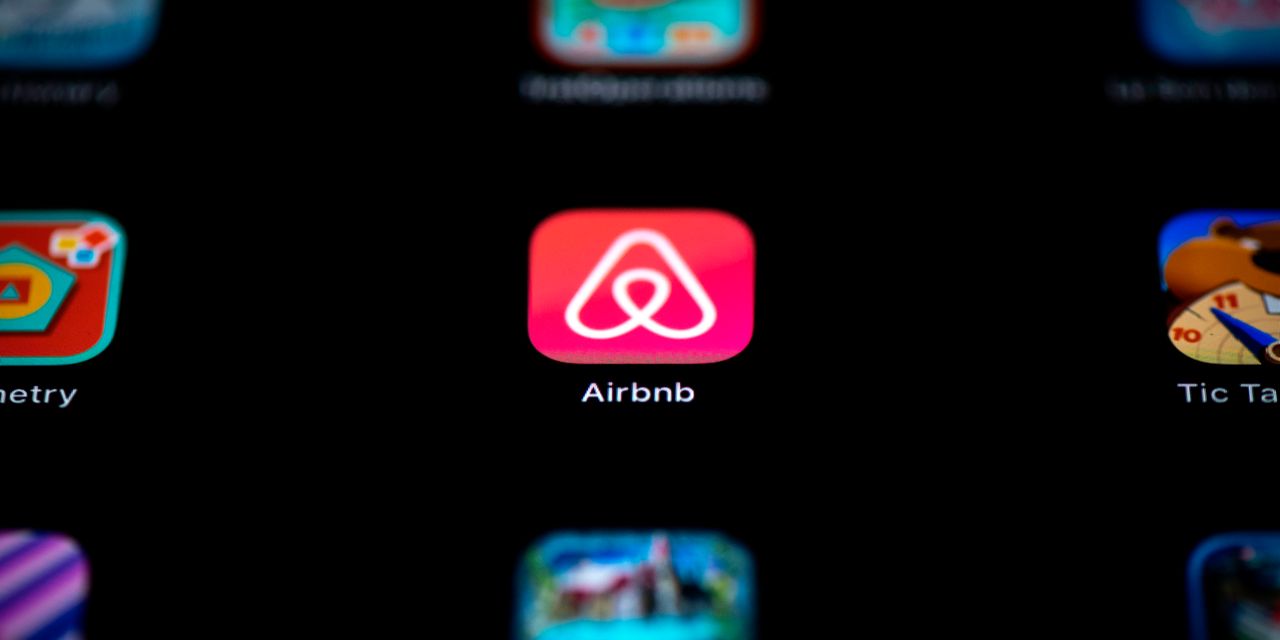 Airbnb Inc.’s business was decimated by the coronavirus pandemic, but quickly rebounded to the point that it had one of the biggest initial public offerings of 2020.

will report financial results for the first time since going public Thursday afternoon, wrapping up a whirlwind year for the company and a tough year for the travel industry. So far, it appears the online lodging-booking platform was better positioned for the pandemic than other travel-industry companies, as travelers eventually sought getaways close to home where they could avoid other people.

Airbnb “has shown it is more resilient to this particular shock to travel,” said Tom White, analyst for D.A. Davidson.

Airbnb posted a $219 million profit in the third quarter, due in part to aggressive cost-cutting measures it implemented, on revenue of $1.34 billion — its second-biggest quarter ever. But a rise in COVID-19 cases in the fourth quarter led to renewed travel restrictions, which weighed on other companies in the industry, such as Expedia
EXPE,
,
and could be reflected in Airbnb’s results as well — analysts expect less than $750 million in fourth-quarter revenue.

More important for Airbnb and the travel industry could be any outlook Airbnb provides. Airbnb released a report at the end of January in which it cited results of its own survey in saying, “a majority of Americans (54%) have either already booked, are currently planning to travel, or expect to travel in 2021.”

It remains to be seen whether travelers will still be averse to Airbnb’s major competition: hotels.

“Barring a structural change in traveler behavior, preference shift is likely to be gradual, particularly when hotels are back on a level playing field,” Justin Patterson of KeyBanc Capital Markets wrote in a recent note.

Earnings: Analysts surveyed by FactSet on average expect a loss of $8.41 a share, largely thanks to stock compensation costs from Airbnb’s IPO. Estimize, which gathers estimates from analysts, hedge-fund managers, executives and more, is expecting a loss of $6.09 a share on average.

Revenue: Analysts on average expect $739.4 million in revenue, according to FactSet. Estimize is guiding for $775.9 million.

Stock movement: Airbnb shares have gained 35% in their time on public markets, as the S&P 500 index
SPX,

What else analysts are saying

More on the pandemic: Truist Securities analysts say they expect a fourth-quarter quarter-over-quarter slowdown in Europe and “persistent weakness” into the first quarter. But they said they believed Airbnb would weather a slowdown better than other online travel agencies “given its focus on alt-lodging inventory.”

Growth: Airbnb continued to outperform hotels and OTAs in December year over year, KeyBanc analysts wrote in a note, which also said that Airbnb and smaller rival Vrbo saw positive year-over-year spending growth in January. CFRA said in a note that its expects strong bookings recovery in 2021, including monthly bookings exceeding prior peak levels by the end of the summer.

Regulatory risks: Airbnb faces bans and restrictions on stays or listings in different parts of the world. In its home country, it may also be affected by efforts to amend or discard Section 230 of the Communications Decency Act, which among other things shields it and other online-based companies from liability for speech and actions by their users.

Sucharita Kodali, an analyst for Forrester, said that if Section 230 “gets overturned, that will substantially change all marketplaces.” Without Section 230, she said Airbnb would have “a lot more that it has to be on top of,” because it could potentially face lawsuits over tenancy clauses, property damage and violence.

Out of 29 analysts surveyed by FactSet, 10 have a buy rating on Airbnb stock, while 16 have a hold, two say sell and one considers the stock overweight. The average price target was $164.65 as of Monday, when the stock closed at $195.34.