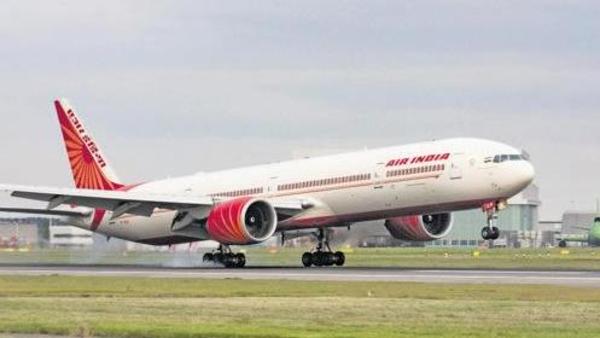 
Mumbai: Mint brings you your dose of the top deals news, reported from newsrooms across the country.

Adani Ports and Special Economic Zone Ltd began a tender offer to buy back bonds worth $650 million due next year, Mint reported citing a company statement. The bond repurchase programme by the Adani group firm that closes on 24 July, buys back the $1,000 bonds at $1,009.5 each. The company is also issuing new bonds of at least $650 million, proceeds of which will be used for the buyback of the bonds due in 2020. Fitch Ratings assigned the port operator’s new bond issuance an expected rating of ‘BBB-(EXP)’ with a stable outlook. This is the second bond repurchase after last month’s $750-million offshore bond sale, which aimed to repay existing loans and finance capital expenditure. Adani Ports claims to be the country’s largest port developer and operator with a 21.2% share of port capacity.

American hedge fund Steadview Capital plans to invest $500 million in growth-stage companies in India over the next two years, Mint reported citing two people aware of its strategy. The average investment per deal is expected to be $20-40 million, but it could even invest up to $100 million in a single firm if the company’s financial metrics justify heavy capital. The hedge fund, which has previously invested in unicorns, such as Flipkart and Ola, is looking at consumer internet startups in vertical e-commerce, content and fintech. After going slow on investments between 2015 and 2018, Steadview exited Flipkart in 2018 and sold it to Walmart Inc. After the Flipkart stake sale, it made six new investments totaling about $200 million, besides investing $74 million more in Ola Cabs. This year, Steadview has bet on business-to-business agriculture-marketing platform Ninjacart, online education startup Unacademy and online fantasy gaming platform Dream11, where its investment catapulted the startup to unicorn status. Last year, it bought secondary stakes of existing investors in eyewear retail startup Lenskart, home services firm UrbanClap, and INDWealth, a wealth management platform started by former Ibibo founder Ashish Kashyap.

Government to invite expressions of interest for Air India by August

India is considering inviting expressions of interest to sell Air India Ltd by the end of next month as the government plans to sell its entire stake in the carrier this year, according to people with knowledge of the matter, Mint reported citing Bloomberg news. The government will conduct road shows as well as be open to meet prospective buyers even before the expressions of interest are sought, the people said, declining to be identified as the discussions are private. The process will likely allow the bidders to look at the accounts of the airline except for some portions that are confidential and also see the share purchase agreement. The potential bidders will have the option to make suggestions for changes in the sale terms during the process of expressing their interest in the deal.

Europe’s Vaalon Capital has picked up a minority stake in New Delhi-based MyMoneyMantra (MMM) for ₹104 crore, Mint reported citing Raj Khosla, founder and managing director of MMM. Founded in 1989, the firm works in partnership with financial institutions to distribute various products, such as secured and unsecured loans, insurance policies, credit cards and mortgages, through its online and physical distribution network. As part of the deal, Vaalon Capital have representation on MMM’s board. Vaalon is an independent private equity and advisory firm founded in 2016 and focuses on long-term investments in companies with significant growth potential. MMM claims to have served four million customers and distributed ₹7,000 crore worth credit-related products through its platform, as on 31 March 2019. It has a physical presence in more than 50 cities across India, through 2,500 employees.

OYO Hotels and Homes, the world’s third-largest chain of hotels, homes, managed living and workspaces, acquired Innov8, a co-working spaces provider, highlighting the company’s increasing focus on the fast-growing segment, Mint reported. While Oyo did not disclose financial details of the Innov8 acquisition, it is pegged to be around $30 million, according to a TechCrunch report. Charting out its multi-brand approach to the workspaces opportunity in India, Oyo introduced three co-working brands under Oyo Workspaces: Innov8, Powerstation and Workflo for upper mid-scale, mid-scale and economy segments, respectively. OYO Workspaces is set to open the door to its more than 21 workspaces, with over 15,000 seats across more than 10 cities in India.

Ritesh Agarwal, founder and group chief executive of Oyo Hotels & Homes, has set up a Cayman Islands-registered entity, RA Hospitality, which will look to make fresh investments in the SoftBank-backed hospitality chain Oravel Stays, the parent company of Oyo, as well as undertake buybacks from existing investors, The Economic Times reported citing a notification made to the Competition Commission of India, which was accessed by business signals provider paper.vc. The news comes after ET reported that Agarwal was looking to take on debt of up to $1.5 billion by pledging his shares with Japanese financial services group Nomura. An additional primary capital of about $500 million is also likely to take place. If Agarwal does buyback Oyo’s shares worth $1.5 billion from early investors Sequoia Capital and Lightspeed Venture Partners, he would end up with a 30% stake in the firm from the current 10%. This may go up to as much 32%-33%, including the stakes held by the management and employees.

Troubled wind turbine maker Suzlon Energy Ltd failed to make a payment of principal amount of $172 million for outstanding bonds, due in July, Mint reported citing the company’s filing to stock exchanges. The outstanding payment was part of a total bond issuance of $546.91 million. On 11 July, Bloomberg reported that Canadian asset manager Brookfield Asset Management Inc. is planning an offer for a majority stake in Suzlon. The Toronto-based investment firm is in discussion with Suzlon’s creditors to restructure the outstanding bank loans of more than ₹11,000 crore ($1.6 billion), under a one-time settlement plan.