Abortion in America, explained in 10 facts 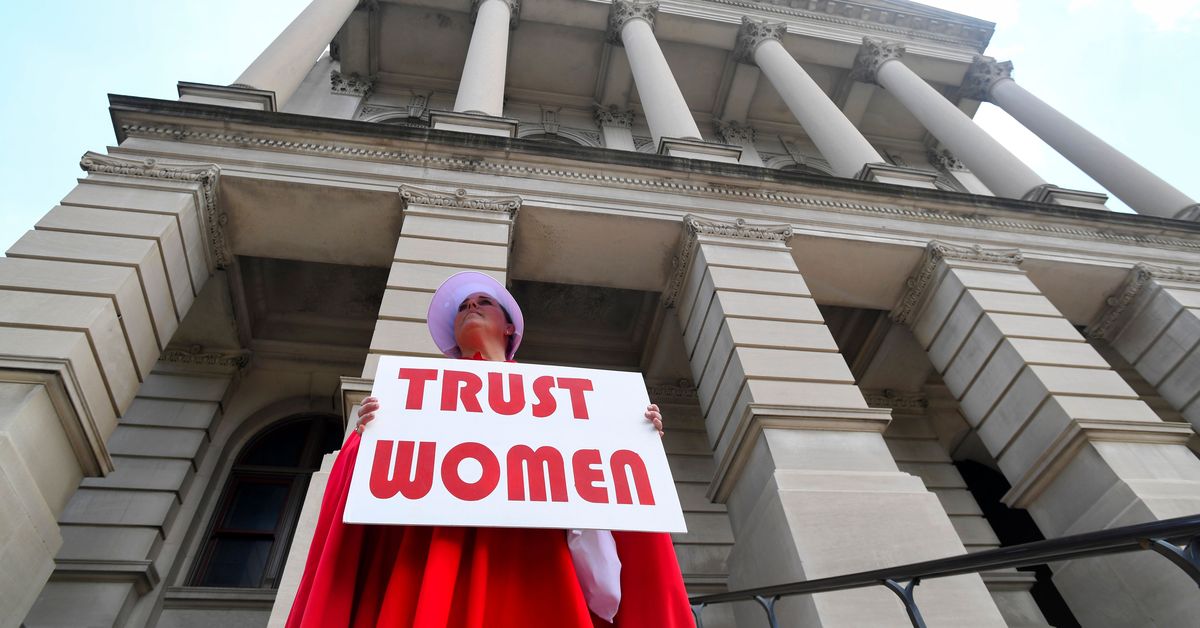 Abortion in America, explained in 10 facts

Four states have passed “heartbeat” bills this year alone, banning abortion as early as six weeks into pregnancy. Alabama just passed a near-total ban on abortion at any stage of pregnancy, with no exceptions for rape or incest.

And on Thursday, Missouri moved a step closer to passing a ban on abortion at eight weeks’ gestation, also without exceptions for rape or incest — the bill passed the state Senate and now returns to the House for approval.

As legislation to restrict abortion moves forward around the country, many Americans have questions about the procedure. Some wonder whether abortion is still legal (it is, in every state in the country), whether it’s on the rise (it’s not), and how recently passed laws around the country would affect patients (the answers vary by state).

To help answer these questions and more, below are 10 facts that paint a picture of abortion in America today.

1) Abortion is at an all-time low

Given recent efforts by lawmakers to restrict abortion, you might think the procedure was on the rise. In fact, it’s less common than ever before, as Sarah Kliff reported at Vox last December.

Between 2006 and 2015, the American abortion rate declined 26 percent to the lowest level on record, according to the Centers for Disease Control and Prevention.

The recent decline in abortions may have to do, in particular, with long-acting, reversible contraceptives like IUDs, which work for years without the need to take a pill every day. In 2012, the Affordable Care Act made these forms of birth control, which can have a high upfront cost, more accessible by requiring that most employer-provided insurance plans cover them without a copay. But, as Kliff reports, Americans were already moving toward these methods — and possibly as a result, the proportion of pregnancies that were unintended dropped from 51 to 45 percent between 2008 and 2011.

3) Most people who have abortions already have kids

Pop-culture depictions of abortion, from the 2014 romantic comedy Obvious Child to the 2019 anti-abortion biopic Unplanned, typically feature a single, childless woman undergoing the procedure. The decision is often framed as a choice between having an abortion or becoming a parent.

People who get abortions are disproportionately likely to have low incomes — in 2014, 49 percent had family incomes below the poverty line.

And although religious groups have been some of the most vocal anti-abortion advocates in America, the majority of people who got abortions in 2014 identified as religious, with 17 percent listing themselves as mainline Protestant, 13 percent as evangelical, and 24 percent as Roman Catholic. The abortion rate among Catholic women was about the same as the national average, while among evangelical women it was about half the national average.

4) Four states have passed “heartbeat” bills in 2019, and Alabama just passed an even stricter law

A wave of “heartbeat” bills, which ban abortion once a fetal heartbeat can be detected, has been sweeping the country in recent months. These bills ban the procedure as early as six weeks into pregnancy, before many people know they are pregnant.

The first one passed in North Dakota in 2013, but they began gaining steam last year, with Iowa passing its version in May. This year, Kentucky, Mississippi, Ohio, and Georgia have all passed heartbeat bills. Some of these have exceptions for cases of rape or incest; others do not.

On Wednesday, Alabama Gov. Kay Ivey signed into law an even more restrictive bill, which bans abortion at any stage of pregnancy, with no exceptions for rape or incest. Under the law, which is scheduled to take effect in six months, abortion would only be legal if the pregnant person’s life is at risk.

Meanwhile, the Missouri state Senate on Thursday passed a bill banning abortion at eight weeks’ gestation, with no exceptions for rape or incest. Under the bill, which now goes back to the state House, abortion would only be legal in cases of medical emergency.

5) None of these laws are in effect yet

Abortion is currently legal in all 50 states.

6) If it does take effect, the Georgia law could have an impact on people who miscarry

The Georgia “heartbeat” law, in particular, generated concern among many after Mark Joseph Stern of Slate reported that it could be used to prosecute women who seek abortions or who have a miscarriage.

At this point, reproductive rights advocates say they’re not sure if the law would ever be used in this way.

“It seems to be a stretch to what’s actually in the law and I’m really confused as to whether or not this would be possible,” Elizabeth Nash, the senior state issues manager at the Guttmacher Institute, told Vox.

Some of the confusion may stem from the way the Georgia law and others like it are written. “These are not particularly clearly drafted laws,” Mary Ziegler, a law professor at Florida State University who studies the history of the abortion debate, told Vox. “Really the rub is going to be in how these are enforced.”

If the Georgia law does go into effect, it’s more likely that a person who miscarries would be pulled into a criminal investigation of a doctor or other provider, rather than that she would face criminal charges herself, Staci Fox, president of Planned Parenthood Southeast, told the Washington Post.

The symptoms of a miscarriage can be indistinguishable from those of an induced abortion, according to OB-GYN Dr. Jen Gunter. Miscarriages are extremely common, occurring in about 10 percent of recognized pregnancies, as pediatrics professor Aaron E. Carroll writes at the New York Times.

7) Many of the recently passed abortion laws are aimed at overturning Roe v. Wade

Sponsors of several recently passed abortion restrictions have said that part of their goal is to challenge Roe v. Wade, the 1973 Supreme Court decision that established that Americans have the right to obtain an abortion. Since the “heartbeat” bills and the Alabama law all ban abortion long before viability, they are in clear conflict with Roe. They either have been or will be challenged in court, and the cases could make it all the way to the Supreme Court, giving the Court a chance to revisit and possibly overturn Roe.

Alabama state Rep. Terri Collins, the sponsor of her state’s recently passed abortion law, has said this is her goal. “What I’m trying to do here is get this case in front of the Supreme Court so Roe v. Wade can be overturned,” she told the Washington Post.

It may not work. Because the Alabama law lacks exceptions for rape and incest, it is so controversial that the Supreme Court may not want to weigh in on it. However, there are more than a dozen cases involving abortion already one step away from the Supreme Court, and the Court could choose to use any one of them to reexamine Roe. So even if the Alabama law or the “heartbeat” bills don’t end up toppling the landmark abortion decision, something else might.

8) Some recently passed or proposed bills loosen restrictions on abortion

As abortion opponents back increasingly restrictive laws at the state level, abortion-rights advocates have been supporting legislation to loosen abortion restrictions and shore up abortion access. In part, they’re preparing for the possibility that Roe v. Wade could be overturned, giving states the right to regulate abortion as they see fit. Abortion-rights supporters want states to pass laws protecting abortion so that if Roe falls, residents of those states will still have access to the procedure.

Another recent effort to loosen restrictions happened in Virginia, where state legislators proposed a bill that would have broadened the circumstances under which someone could get an abortion in the third trimester of pregnancy. That bill was eventually tabled after sparking nationwide controversy, which started when the bill’s sponsor said in a hearing that the bill would allow an abortion if a patient was going into labor.

The sponsor later said that she misspoke, and Dr. Kristyn Brandi, an OB-GYN and board member of Physicians for Reproductive Health, told Vox, “patients do not request abortion when they are in labor and doctors do not provide it.”

Some took these comments as an endorsement of infanticide. A spokesperson for the governor said he was “absolutely not” referring to infanticide, but his comments led President Trump and others to claim, repeatedly, that doctors in America are killing babies after birth and that legislation is needed to stop it.

In reality, no abortion law — not the Virginia bill, the New York law, or any other — allows doctors to kill babies after they are born. This is already illegal everywhere in the United States.

10) The majority of abortions happen early in pregnancy

Though much conversation recently has focused on abortions that happen later in pregnancy (“late-term abortion” is not a medically accurate phrase), more than 90 percent of abortions happen within the first trimester, or about the first three months.

Only 1.4 percent of abortions happen at 21 weeks’ gestation or later, according to Planned Parenthood.

Patients who seek abortion later in pregnancy may have recently found out about a serious fetal abnormality, some of which are not discovered until 20 weeks or later. Others may have had trouble getting to a clinic.

“I’m at a center where I’m the referral center for the state, and so patients that are seeking care elsewhere may get referred to me and I’m often hours away from where they initially sought care,” Brandi explained to Vox earlier this year. “So it takes a while for them to get up to see me, and that includes not just the time it takes to come up here but also making sure they have child care for the children they already have, getting transportation. There’s so many different types of barriers that are created for health care in general, but specifically abortion care.”