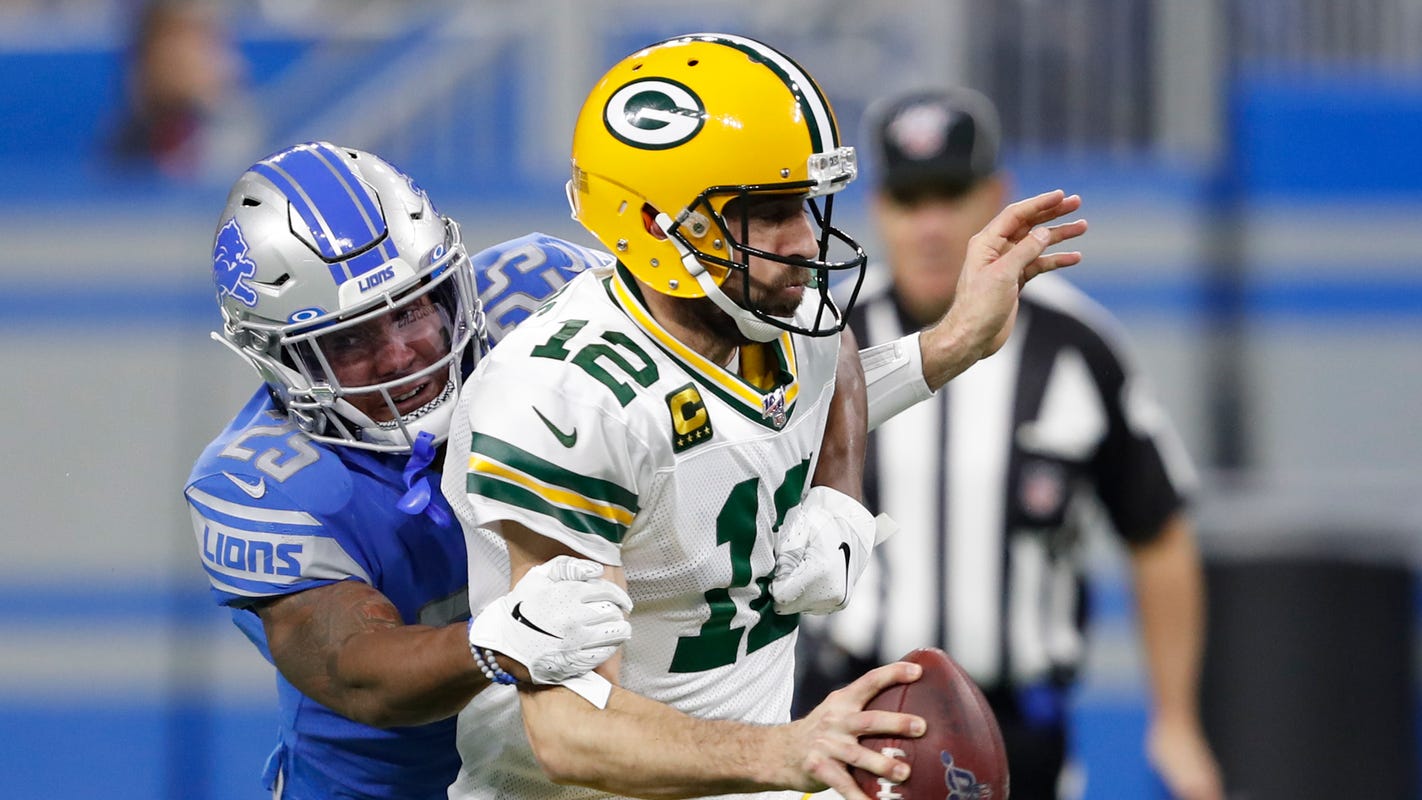 We’ll start with Jenny Vrentas of SI.com writing about the unparalleled free-agency frenzy this year involving high-profile quarterbacks. Vrentas ranks each NFL team’s quarterback “intrigue” level by category: Extreme, Very High, High, Medium, Mild and Low. The Packers can give thanks to Aaron Rodgers and his durability (at age 36) for keeping them in the “Low” intrigue category.

GREEN BAY: Aaron Rodgers will turn 40 at the end of his current contract, which runs through 2023. Asked last month he’d consider taking a QB with the No. 30 pick, GM Brian Gutekunst told beat reporters, “sure,” though it seems more likely they’d use that selection to fill one of the roster holes—say, receiver—that could help them advance one round farther in the playoffs.

By comparison, the Packers’ rival to the south remains unsettled at the game’s most important position:

CHICAGO: The Bears have now on multiple occasions committed to Mitchell Trubisky as their 2020 starting quarterback. It’s a little bit like a public vow renewal—it’s rarely ever a good thing if you have to make sure everyone knows you are still committed. Now, GM Ryan Pace did allow that he is looking for the ubiquitous “competition” at the back-up spot. Trubisky’s back-up the past two seasons, Chase Daniel, had been in Matt Nagy’s QBs room in Kansas City and served as more of a mentor and assistant coach than someone to push Trubisky. The Athletic reported that the Bears have been in touch with the Bengals about trading for Andy Dalton. If they look to sign a back-up via free agency, their options could depend on how the role is being pitched: If it’s Trubisky’s job to lose, signing in Chicago may be less attractive to QBs both financially and situationally.

Check out the entire story here:

The NFL QB Primer: As a free-agency frenzy approaches, @JennyVrentas breaks down the QB situations of every team in the NFLhttps://t.co/mgwZeT8f4D

Here’s a look at Goodson’s situation as he enters free agency. https://t.co/Cvkq5Jvund

Despite dealing with a bum toe for a good portion of the season, Davante Adams proved himself to be one the game’s best wideouts once more, hauling in 83 catches for 997 yards and five scores in 12 games. Another eye-popping fact about his year: Adams had more than twice as many receptions as the next-closest receiver on the team, Allen Lazard (35 catches). Neither Lazard nor Geronimo Allison (a paltry 34 catches) filled the Packers’ need for a certifiable No. 2 wide receiver, and with Allison headed for the open market (Lazard will be an exclusive rights free agent), it’s a huge need for yet another offseason. Along those same lines, tight end Jimmy Graham’s time in Wisconsin has likely come to an end. It’ll be interesting to see whether the Packers go ahead with second-year pro Jace Sternberger, whose rookie year was largely spent on IR, or track down a big-time free agent. Despite posting a team-best 155 tackles and finishing a third consecutive campaign with 140-plus tackles, linebacker Blake Martinez finished with a PFF grade of 58.7 (51st among linebackers with 300-plus snaps) and is headed for free agency. Looming large is the fact that 49ers running back Raheem Mostert ran for 220 yards — the most all-time in a conference championship game — against the Packers in the NFC title match, exposing a huge need to shore up their run-stopping capabilities in the middle.

You can check out a list of needs for other teams here:

How will the Chargers fill the void left by Philip Rivers? Will the Titans retain or move on from league rushing champ Derrick Henry? @AdamJMaya provides three biggest free agency needs for each AFC team.https://t.co/Fptf4HKyIUpic.twitter.com/DCuuvZrFOg

In his post-combine first-round mock draft, Luke Easterling of the Draft Wire has a receiver from national champion LSU going to Green Bay off a strong Indy showing:

This pick simply has to be another weapon for Aaron Rodgers, and the Packers have some fantastic options in this scenario. TCU’s Jalen Reagor, Clemson’s Tee Higgins and TCU’s Jalen Reagor would all be solid picks, but after Jefferson’s combine performance, he may have just leapfrogged those names on some draft boards. He’s a polished, complete player who would pair extremely well with Devante Adams.

At least four of the players on this list have been projected to the Packers in various mock drafts:

“People too often fall in love with quarterbacks who have a cannon for an arm and nothing else.”@PFF_Anthony: https://t.co/svHm2m4eu5

Here’s the lowdown on another potential Packers pick at No. 30:

The NFLPA rank and file is on the clock:

NFL players will have one week to decide whether to approve the proposed collective bargaining agreement.https://t.co/X9CWpJQl4i

Opposition to the deal seems to be growing as players learn more details:

Gotta Vote No on that CBA

Here’s what’s wrong with the CBA narrative that @AaronRodgers12@JJWatt, other stars have “made their money” and don’t care about other players. If that was true, they would vote YES and move on. They are against a deal that won’t really affect them but will affect all others.

Note: The Morning Buzz is taking a long weekend and will resume Tuesday.