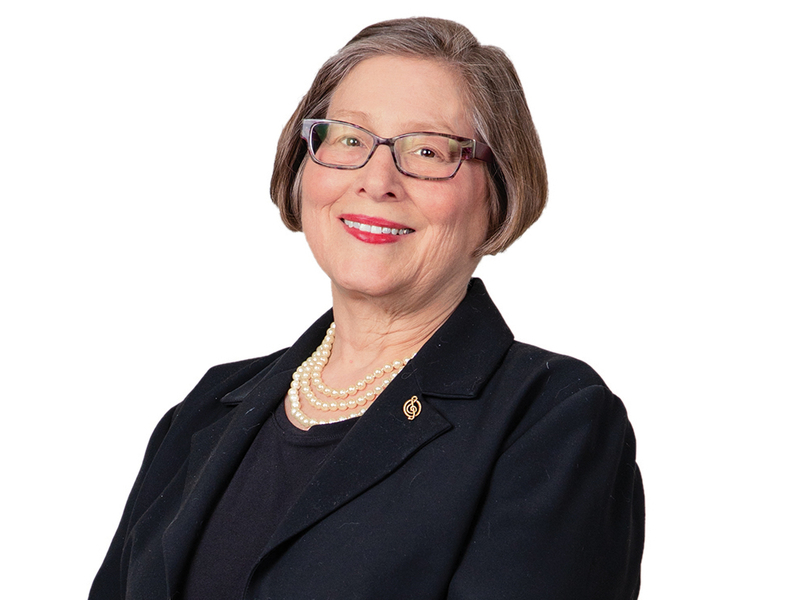 Tell us about a memorable Merit moment.

In the ’90s, the grandmother of one of our students told me she couldn’t believe that her granddaughter had earned a full scholarship to music camp. She said, “Miss Adelson, we’re just ghetto people.” It took my breath away.

How did that student turn out?

She is now a music teacher, who has a daughter who was named a National Youth Poet Laureate, who writes about her power to change the world. That generational ripple is what can happen when you invest in young people.

How did your childhood influence you?

I was a child of the ’60s who grew up in Glencoe surrounded by music and very aware of the civil rights movement. I studied flute and strings in college, and I desperately wanted to help our world achieve social justice. Merit was the perfect place to marry music education and civil rights.

Why is music so critical to young people?

Music stirs the soul, provides a powerful tool for personal expression, inspires us to high achievements and allows us to engage intimately with some of the best creations humankind has produced.

I was held up at gunpoint by two young men in front of a South Side school. I was very grateful that they only took my purse, not my violin or my life. Later, when I told my students why I was late to class, each of them said they knew someone who had experienced the same thing.

Any scars that tell a story?

I was hit by a car five years ago while I was crossing a street. The car stopped on top of me and broke my leg in four places. I was in the hospital and rehab for five weeks, but it hasn’t prevented me from doing anything.

Once I was driving two violinists, a cellist and a bass player, plus their instruments, to a performance in River North in my little stick-shift Corolla.

The bass would only fit diagonally in the car, right on top of the stick shift, which meant I could only use first and second gear. We crawled to that event at about 10 miles an hour. It took forever.

No, but if I had one it would say: Arts education transforms lives. Join our band of believers.