3 Questions: Sandy Alexandre on the literary roots of technological innovations 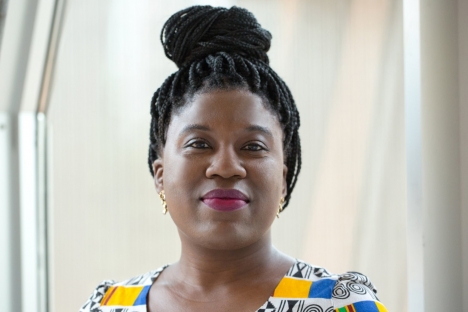 3 Questions: Sandy Alexandre on the literary roots of technological innovations

Associate professor of literature Sandy Alexandre’s research spans late-19th century to present-day black American literature and culture. In 2019, Alexandre was awarded a prestigious Bose Research Grant, which supports her study of the under-explored phenomenon of ideas that first appear in speculative fiction becoming technological and social reality. SHASS Communications spoke to Alexandre recently about her project to illuminate the literary, humanistic sources of many technological innovations and advancements.

Q: Literature as a source for technological innovation is under-explored territory. What directions are you most excited about in your current research? What are some historic examples of tech inspired by literature?

A: In asking participants in my study to read specifically for a work of speculative fiction’s imaginary inventions, I am effectively asking them to read with a one-track mind. Needless to say, this approach to teaching literature is not characteristic of my usual or preferred modus operandi. So, besides a very extensive list of imaginary inventions, I’m curious to know what else that very particular way of reading might yield.

Overall, I hope that being able to survey speculative fiction’s various and sundry imaginary inventions more systematically will not only illuminate the answers to these questions, but also generate new ones. My sense is that the larger the sample size of imaginary inventions we can collect, the better and more precise will be the kinds of questions we can ask of it. The world needs good question-askers as much as it needs good problem-solvers, and this research project aspires to produce some very good askers.

The World Wide Web is famously said to have been inspired by Arthur C. Clarke’s short story “Dial F For Frankenstein” (1964). Whatever the truth is, I’m not surprised that a writer’s process of meticulously crafting creative ways of communicating with readers would inevitably lead to the creation of imaginary inventions that foresee entirely new forms of communication. It’s more than a little reasonable to assume that we can trace the lineage of communication platforms and devices back to well-crafted works of the language arts. Literature, its readers, and the inventors who are inspired by it are all a part of STEM history.

Q: Is the influence of literary texts on the development of technology an instance of one way literature functions in culture more broadly — often as a harbinger, articulating new realities and possibilities? How does this research highlight how literature looks forward both technologically and socially?

A: Absolutely! My research will highlight how literature is inherently an imaginative and inventive enterprise. Putting words together in ways that are “oft-thought but never so well-expressed” is an exercise in prescience and trendsetting. A writer’s constant tweaking and manipulation of words constitute a tinkering — the kind of tinkering one might associate with the makings of an engineer.

Literature is famously good for synthesizing a zeitgeist and distilling it into a cultural product. That ability, at the macro level, to compress a whole climate into a novel-length or short story-length work is not at all far from what writers do, at the micro level, when they harness their abstract ideas by transforming them into imagined physical objects. And frankly, who best to anticipate the needs of a society than writers who are deeply familiar with and who regularly immerse themselves in the countless narrative and life scenarios made available to them in the works of literature they read?

In other words, the sum of their many reading experiences is, to a great degree, encyclopedic in a way that necessarily makes their knowledge predictive. That such knowledge would endow writers with the ability to dream up inventions that should or could exist in the service of making our lives better and easier strikes me as the most logical progression. Avid readers who constantly encounter plot lines in manifold permutations and who write from that well-read positionality have a distinct advantage — certainly over nonreaders — in their ability to predict the future, to some extent, by virtue of being well-versed on past and current events.

Q: Why do you think these imagined innovations make the jump from page to the world we live in? Are there some new technologies you can imagine that you’d like to see become reality? What technology in modern speculative literature has the potential to become reality?

A: When these jumps from the page to reality in the world happen, they do so because the imagined innovations are utterly impressive, inspiring, and daring. Their kinetic energy is infectious — inspiring inventors and technologists to attempt to reify them in the world. Offered up as plausible and attainable by how they’re described (and the very fact that they are describable in the first place), it is no surprise that imaginary inventions would find their match in the ever-curious makers and would-be makers of the world.

As for new technologies that I can imagine and would like to see in reality — well, I would like to see what I’ll call “intermediation technologies,” which could be used, for example, between doctors and patients to create better communication and understanding. Too often, doctors make inaccurate diagnoses based on how patients answer questions, and whether the doctor believes those answers. Intermediation technologies would reconcile the fact that, while patients are, usually, laypersons in the medical field, they are also experts about certain aspects of their own bodies.

Say a patient comes in describing a nebulous abdominal pain — using vocabulary that does not align with the doctor’s more specialized terminology — and the doctor is not adept at translating the patient’s vocabulary into medical terms. For that situation, I’d like to see a visually compelling, user-friendly, hand-held digital device that presents a repertoire of diagnostic possibilities that the doctor and patient can consult and discuss together. Think of it as the medical version of the Shazam app that identifies music. But even beyond identification, this medical intermediation device would also further better communication, respect, and trust between doctors and patients.

Finally, thinking about imaginative tech with the potential to become reality, the 3D holographic human form that the Star Trek television series popularized is actually becoming reality, albeit still very costly at this stage. The recent transition to digital teaching and learning makes me wonder how much better “virtual” education would be if it was on a holographic platform — one that enables more interaction, more eye movement, body language, and sense of presence — in other words, more of the kind of holistic learning opportunities we experience in face-to-face environments.