$1 homes in Italy still for sale — here’s a roundup 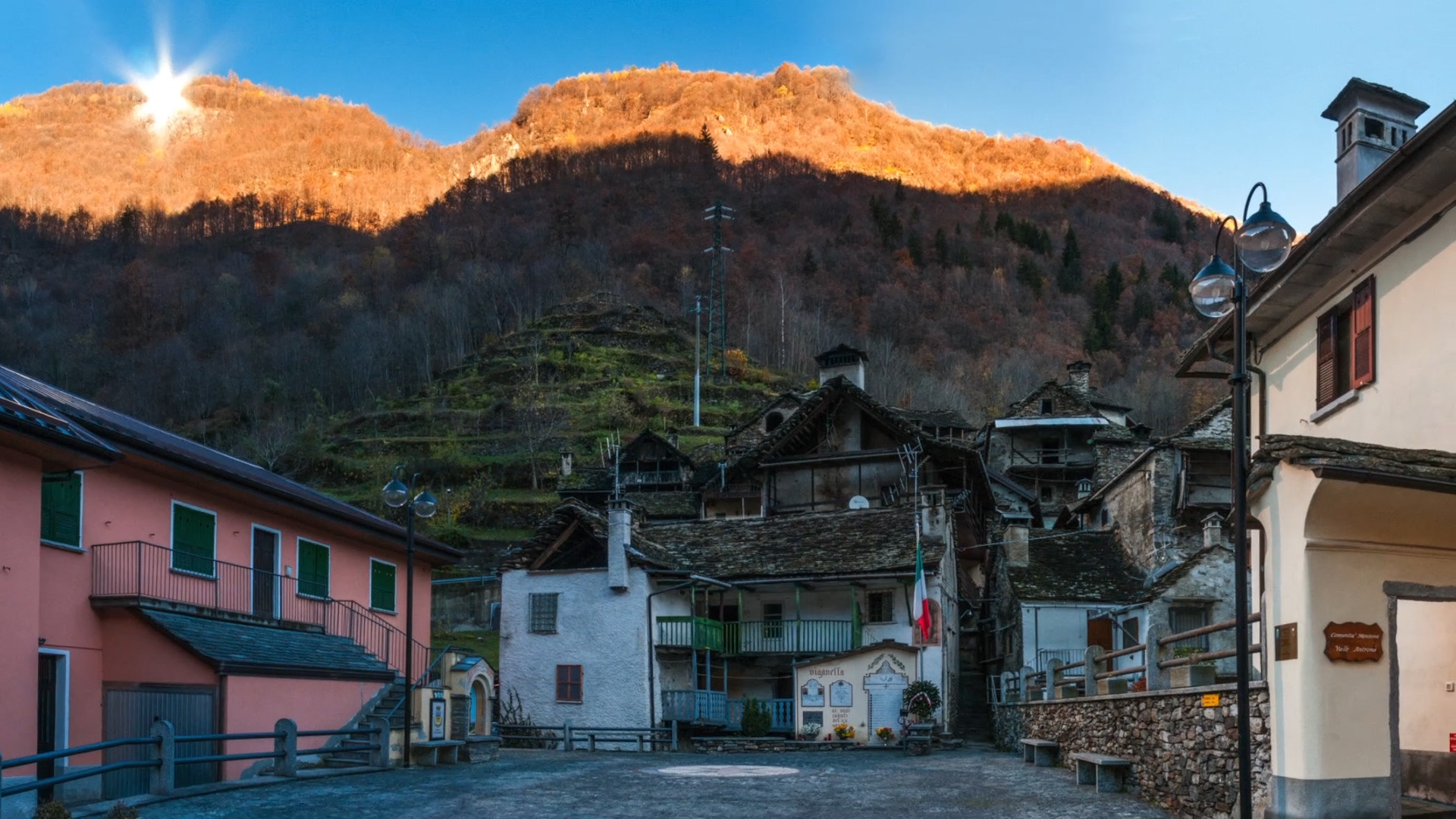 $1 homes in Italy still for sale — here’s a roundup

(CNN) — While most good things get more expensive, one dream got ridiculously cheap in 2019 thanks to the rise of the €1 home in Italy.

The story quickly went viral, drawing global interest, particularly as other towns and villages from the northern Alps to sunny Sicily were attempting the same thing.

Soon, some of these towns found themselves besieged by buyers. Mayors fielded thousands of requests, websites crashed, sleepy villages were invaded and locals freaked out.

The silence of narrow alleys was broken by foreign voices and loud reporters. Dusty cobwebbed doors were unlocked for the first time in decades as people lined up early in the morning to secure an Italian casa dolce casa (home sweet home).

As CNN reported in November, some of the first buyers have already moved in and, for once, an offer that seemed too good to be true actually appears to have been worth it.

A year later, has it all died down? Have all the bargain homes been snapped up?

Not quite. It’s still possible to get in on the action.

Below, we’ve rounded up the destinations still offering deals for anyone willing to commit to refurbishing a crumbling Italian home.

And if you’re wondering how you get a slice of the action, here are a few pointers:

For starters, unless you know someone who’s already on board and can advise, it’s worth checking out the towns’ official websites for listings of available properties and application form downloads.

Visiting the area to see what you’re actually signing up for before closing the deal is a good move, though many buyers have grabbed their houses sight unseen.

If your application and documents are approved, the town will contact you regarding the next steps.

But remember the catch: buyers must pay a security deposit varying between €2,000 and €5,000 and commit to refurbishing the property within three years. Once it’s complete and the purchase deed is made, the deposit is refunded.

Here’s a round-up of destinations to help choose the right place.

Gangi is known as one of Italy’s most beautiful villages.

Located in Sicily, near Palermo, this snail-shaped town was one of the first to sell €1 houses back in 2011 and has so far been the most successful.

“We’re really proud,” says Mayor Giuseppe Ferrarello. “Over 160 crumbling dwellings got a makeover thanks to new owners and this has triggered a revival also of the private real estate market. The old center shines again.”

And it’s not yet all sold out — some 15 free homes are still on the market.

The old houses, known as “Pagliarole,” have two floors and were built in the 1800s to accommodate animals on the lower floor and peasant families above.

The homes all have two entrances: one facing the hilltop, the other downhill. These are typical of such “beehive-style hamlets” that sit on hillsides.

Gangi is part of Italy’s Most Beautiful Villages club, an annual honor bestowed on bucolic locations.

The village has Greek origins and a mystical vibe — it’s one of two places in Europe where the Holy Spirit is said to have appeared.

Another divine sight is the view that stretches to the Etna volcano.

Located in the wild mountain region of Barbagia on the Mediterranean island of Sardinia, it rises on a pristine patch of land where ancient farming traditions live on.

The houses are made with gray granite rock, while town walls are covered in bright graffiti.

The fresh air, zero smog and great views have a healing power, according to newcomers. In fall, an event known as Cortes Apertas (open courtyards) sees stables and ancient turf taverns open to the public, offering crazily good wine, ham, cheese and a few other delicacies.

In fact, this is a cheese kingdom, famous for its exquisite Casu Fiore Sardo.

Cultural highlights here include a masked carnival with goat costumes and archaic rituals.

Mayor Efisio Arbau says the town has so far sold 10 houses. One’s been turned into a luxury B&B by a Dutch couple.

“The €1houses project has triggered a tourism boom and lured regional investments,” he says. “A modern renaissance is underway.”

Bivona is offering tax bonuses to people moving there.

Bivona is the latest Sicilian town to join the gang, also offering tax bonuses and reduced red tape to anyone wanted to take up residence.

Set inside a rocky amphitheater in the heart of the Sicani Hills park, Bivona lives up to the Latin origins of its name “Bis-bona,” meaning twice good or twice beautiful — a reference to the fertility of its soil and unspoilt nature.

Orange groves, peach trees, Arab-style courtyards, an exotic cuisine of sweet-and-sour concoctions and gourmet religious festivals are among the lures for new residents.

“We get hundreds of emails each day so we’re setting up a multilingual agency to help buyers,” says town councilor Angela Cannizzaro. “Locals are now full of hope, this beautiful town deserves a second life.”

Houses will be assigned once all applications are weighed. Ten are currently available but more are expected to be made available.

Cammarata has possibly the best deal available, with homes offered totally free of charge plus the added incentive of a €1,000 baby bonus for newborns.

Located in wild Sicily, it’s known as “the town with 1,000 balconies to the East,” as each window basks in spectacular sunrises.

Locals pride themselves in being exceptionally welcoming. The town’s cuisine boasts dishes that include tripe, lamb, sweet and sour caponata veggies with pine nuts and almonds, and sanguinaccio salami made with pig’s blood (believed to be an aphrodisiac).

The town is known for its citizens’ longevity, something credited to its mild climate and the fresh air of the Monte Cammarata natural reserve.

At the moment, a dozen empty houses are still on the market, with just two so far purchased.

“I’ve made it my crusade,” says mayor Vincenzo Giambrone. “If old owners do not show up to claim their falling properties I will expropriate all empty buildings and offload them to newcomers.”

Zungoli has just had a makeover.

Zungoli boasts a stellar location, near Naples and the Amalfi Coast.

Set atop a sandstone hill, it’s a maze of caves and zig-zag, circular alleys connected by huge, uneven grass-covered cobblestone steps that wind up to a stunning castle.

Medieval bridges lead to a cluster of blue, pink, green and yellow pastel-colored farm dwellings and dome-shaped aristocratic mansions that, in total, are home to about 1,000 people.

Inside multi-layered Byzantine caves once used as storage rooms during the Crusades, teardrop-shaped Caciocavallo cheeses are now hung to season.

Thirty houses have so far been sold but a third lot will be launched in January. “A wind of change is blowing, it’s revitalizing the local rural economy and creating jobs,” says Mayor Paolo Caruso.

Borgomezzavalle is the perfect Alpine alternative to sultry Sicily.

Located in Piedmont at the Swiss border, it’s a triple deal: abandoned €1 houses, €1,000 for each newborn and another €2,000 to anyone willing to kickstart a business.

Despite being stuck inside a canyon, Borgomezzavalle enjoys sunlight all day, even in winter, thanks to a huge mirror placed on the opposite hillside that reflects the rays.

Brightly colored houses with thatched roofs, carved from the mountainside, are clustered around neat cobbled piazzas with wooden benches and flower pots.

There are frescoed arcaded porches and lavish loggias. The €1 buildings on sale include crumbling wood and stone cottages, barns, stables and former farm and artisan dwellings.

So far however five houses have been sold, mainly to Italians and a group of monks.

“New families are moving in,” says Deputy Mayor Stefano Bellotti. “A baby girl was born just the other day, it’s something worth celebrating. Her parents got the bonus.”

Sambuca has a picturesque maze of Saracen streets.

The supreme winner of Italy’s €1 homes rally is Sambuca in Sicily. After making global headlines in January, there was a property stampede.

Due to the sky-high demand, local authorities decided to auction all 16 homes on offer to the highest bidder for up to €25,000.

Only one house was given away for €1.

Unlike other towns that have been brokering deals between buyers and sellers, the local authorities here own all buildings abandoned after a 1968 earthquake, so they can easily dispose of the empty properties.

Sambuca’s main lure is the picturesque maze of Saracen districts, the Belvedere where an emir’s palace once stood, and the rugged surrounding hilltops producing high quality wine.

Local delicacies include snails and nipple-shaped cakes known as minne.

Nulvi is situated close to some of Sardinia’s best beaches.

This Sardinian shepherd town of Nulvi has the luxury of being close to the baby-powder beaches of Stintino and Asinara island.

There are weird highlights: a crumbled church has become the town’s main street, its stone nave still standing above the heads of passers-by, and there’s a sacred stone well where ancient tribes made sacrifices to the pagan gods of water.

“We have nine properties for €1 and they’ll soon be all sold out, but we’ll be placing more on the market as old buyers get rid of theirs,” says local councilor Luigi Cuccureddu. “When the project was launched locals thought it was a joke and a miracle if just one home was sold. We’ve proved them wrong.”

Cantiano is situated close to Via Flaminia, one of Italy’s oldest routes.

Straddling the border between Umbria and the Marche in central Italy, Cantiano was founded by fiery Italic tribes that were forced to bend the knee to Rome.

Thanks to its strategic position along the scenic Via Flaminia, one of Italy’s oldest routes, it was turned into a military settlement by ancient Romans.

Two dilapidated €1 former farmsteads located in the rural surroundings have already been sold but a couple of historical buildings in the old village center are available.

Cantiano has a quirky equine vibe. Local woodcutters later turned into breeders of a prime horse bred on the Catria hills, giving rise to strange horse fairs and a horse meat-based cuisine featuring meatballs and breaded foal, apparently a delicacy alongside visciolata, a sour cherry liqueur.

“We’re close to Gubbio and Urbino, people are fascinated by our medieval piazza and the easy lifestyle,” says councilor Filippo Gentilotti.

Fabbriche di Vergemoli is located in an isolated corner of Tuscany.

Now how about a free home in Tuscany near Lucca, Pistoia and the chic Versilia coast?

It’s not a joke. This town is a cluster of hamlets scattered in the UNESCO-listed protected forest of the Apuan Alps dotted with isolated, ghostly ruins of abandoned miners’ dwellings covered in lush vegetation.

It’s a jungle, with jutting-out stone walls and collapsed roofs. Many areas can be reached only by foot.

The difficult location has slowed efforts to offload its properties.

“We started off in 2006,” says mayor Michele Giannini. “It’s taken years and so far just eight farmsteads have been sold. But potentially there are a hundred, and people as far as China, Russia and Brazil are interested.

“Trouble is the old owners’ heirs, mainly living in the States, are hard to track down.”

Being an under-developed area, investors can claim back up to 60% of their refurbishment costs from the European Union.

Those who take up the offer can enjoy pristine streams, ancient quaint bridges and a peculiar Grotta del Vento — or Wind Cave — where wind gusts make spooky echoes.

Mussomeli’s name comes from the Latin for ‘Hill of Honey.”

The Sicilian town of Mussomeli has sold 125 homes priced at €1. Another 50 are still available and there are many other “superior” buildings in better shape (but slightly more expensive).

“We’re pushing old owners to dispose of their properties so we can hand these over to newcomers in an upcoming lot,” says councilor Toti Nigrelli.

Mussomeli, surrounded by honeysuckle and eucalyptus trees, takes its name stemming from the Latin Mons Melis, aka the “Hill of Honey.”

It boasts one of Italy’s most breathtaking fortresses, dubbed the Enchanted Castle, which clings like a spider on a pointed rock.